OTTAWA, May 2, 2021 /CNW/ – This past week was National Immunization Awareness Week (NIAW), an annual event that serves to highlight the importance of immunization, and which I discussed in some detail in last week’s Sunday Edition. Over the course of this week, I have had the opportunity to participate in a number of virtual events and to connect with people across Canada on the important topic of vaccination. Meeting, talking with, and learning from people in the many different communities across the country is one the most interesting and rewarding parts of my job as Canada’s Chief Public Health Officer. 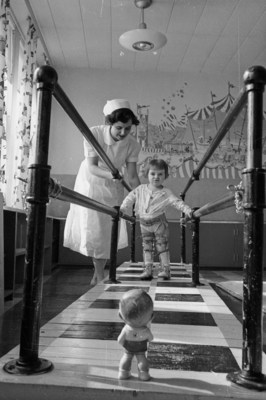 Reflecting on the discussions of the past week, I continue to be heartened by the personal stories that have been shared with me about COVID-19 vaccination – individuals and their family members eagerly being vaccinated, as well as the kindness and compassion demonstrated by others who helped facilitate this process for them. These stories are often compared and contrasted with stories of the past; stories of serious personal or family accounts of challenges posed by other infectious diseases, at a time when vaccination was not common, or more gravely, not possible.

You don’t have to look far to find stories like these. It is likely that you have similar stories rooted in your own family history, perhaps a parent, grandparent, great aunt or uncle who was directly impacted by a disease such as polio. It is worth encouraging family members and friends to share these experiences. Each of these stories, from different points in time, and possibly from different places around the world, make up an important part of our global public health history. They also enhance our appreciation for the significant role that vaccines can play in preventing and controlling serious, life altering and sometimes fatal diseases, in Canada and around the world.

In this spirit, today’s Sunday Edition is focused on Canada’s history, highlighting some of our country’s remarkable contributions on the vaccine front – past and present.

Polio, or poliomyelitis, is a highly infectious disease caused by the poliovirus, and was one of the most feared infectious diseases in the first half of the 20th century. Poorly understood at the time, polio largely affected young children under the age of five.  Though most people recovered quickly from the disease, some suffered temporary or permanent paralysis, debilitation, and even death.

Polio reached epidemic proportions in the early 1900s at a time when other diseases such as diphtheria, typhoid, and tuberculosis were declining. Canada was one of the countries hit the hardest by the disease. From the 1920s to the 1950s, Canada faced a series of large-scale polio outbreaks and epidemics of increasing severity, resulting in mass hospitalizations and increased strain on the public healthcare system. The peak of these epidemics occurred in 1953, when Canada recorded approximately 9,000 cases, and 500 deaths from coast to coast. This was considered the most serious national epidemic since the 1918 influenza pandemic. As more and more patients developed the most severe type of polio – bulbar polio, which can severely affect the muscles that regulate breathing – the Royal Canadian Air Force was enlisted to make emergency deliveries of iron lungs across the country.

During this time, and quite similar to today, public health measures such as instating lockdowns, quarantining those who were sick, and closing schools, were put in place in an effort to contain the disease, while the medical and research communities, both in Canada and internationally, worked to better understand polio and how it might be prevented. This included the Connaught Medical Research Laboratories at the University of Toronto, whose many contributions in the area of vaccines, included several important ones related to the development and production of polio vaccines.

One of Connaught Laboratories’ significant research accomplishments was «Medium 199», the world’s first purely synthetic nutrient medium for growing cells. This medium caught the interest of Dr. Jonas Salk, the virologist credited with developing the first polio vaccine, allowing him to cultivate the polio virus in cells and prepare an inactivated poliovirus vaccine (IPV) that could be safely tested on children.

Connaught Laboratories also addressed another major challenge in the polio vaccine development process – how to produce the vaccine developed by Salk on a sufficiently large scale to allow for use in human clinical trials. The lab’s senior researcher, Leone Farrell, an innovative biochemist and microbiologist from Monkland, Ontario, and one of the few women in the first half of the 20th century to earn a PhD in the Sciences, pioneered the «Toronto Method» which allowed for cultivating bulk quantities of poliovirus fluids using large bottles gently rocked on custom-built rocking machines. At the time, no lab in the U.S. had the experience to mass-produce the live polio virus needed to make the vaccine, and after being asked by the U.S. March of Dimes, Connaught shipped as many of these bottles as possible out to a large-scale field trial of the Salk vaccine in the United States. The Salk IPV vaccine was introduced in 1955, followed by a massive immunization campaign.

Connaught Laboratories also played a major role in producing another type of polio vaccine – the oral polio vaccine (OPV) – which contained weakened poliovirus strains that could be administered by mouth and was cheaper to produce, making it more accessible to developing countries. The lab worked with American researcher Albert Sabin to produce the OPV, conducting careful field testing of its stability, safety, and effectiveness, and licensing their own OPV in 1962. Over the next decade or so, the widespread application of both the IPV and OPV vaccines brought polio under control in the early 1970s. Remarkably, Canada was certified «polio-free» in 1994.

Returning to the Present: Canada’s COVID-19 Vaccine Research and Development

Vaccination marked a key turning point in Canada’s efforts to control and eventually eliminate polio, with Canadian scientific excellence and innovation playing a critical role. Looking at the current COVID-19 pandemic, we can also be proud of Canada’s current research contributions in the area of COVID-19 vaccines.

A major contribution is the innovative work of the Vancouver-based biotechnology company Acuitas Therapeutics that is providing the lipid nanoparticles for Pfizer-BioNTech’s COVID-19 mRNA vaccine. The lipid nanoparticles act as a special delivery system that protects the mRNA, takes it safely through the body, and delivers it into the target cells where it tells the cells how to make the spike protein found on SARS-CoV2, the virus that causes COVID-19.

The lipid nanoparticle system used in the Pfizer-BioNTech vaccine is a «made in Canada» success story that is based on the pioneering work of Dr. Pieter Cullis, professor of biochemistry and molecular biology, and his team from the University of British Columbia, who has been studying the use of nanoparticles in medicine for over three decades.  Like the polio vaccine, the development of mRNA vaccines for COVID-19 have been based on decades of research.  And just as significant as the scientific discoveries of Medium 199 and the Toronto method for cultivating the polio virus were to the creation of the polio vaccine, without the discovery of lipid nanoparticles and their applied use in medicine, we would not have COVID-19 mRNA vaccines.

Many universities across the country, along with a number of Canadian biopharmaceutical companies, are also working hard at developing COVID-19 vaccines, using a range of innovative technologies. For instance, the Quebec-based company Medicago is currently conducting phase 3 clinical trials of their plant derived COVID-19 vaccine in combination with GSK’s pandemic adjuvant. Medicago is using living plants as «bioreactors» to produce non-infectious versions of viral proteins. Other made-in-Canada vaccines are in earlier stages of their clinical trial pathways.

Looking back to our past and being grateful for today

A glimpse back into our history, can serve as a compelling reminder that some things do not change over time. Similar to those generations that faced the polio epidemics of the early part of the last century,  we are concerned about our safety and the safety of those around us, we are grieving the loss of loved ones, and we are feeling the same loneliness brought on by lockdowns and prolonged physical separation. What we have experienced during this pandemic, in a sense, has brought us closer to our past.

But science and technology have come a long way. It is important to keep in mind how fortunate we are to live in a time in which we can instantly virtually connect with one another, where we can easily access information to keep abreast of the situation, and most remarkably of all, that we have progressed to a point that we can have safe and effective vaccines developed and being distributed within a years’ time.

As this year’s NIAW comes to a close, we can all express our gratitude for the remarkable scientific accomplishments of the researchers both here in Canada and around the world that have got us to where we are today and will continue to move us forward. This is best demonstrated through the actions we take. As always, I ask each of you to stay strong and keep up with the essential measures: continue to follow public health advice, keep up with individual practices, and get vaccinated when it is your turn. 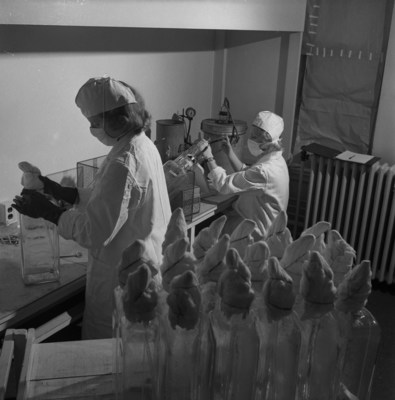 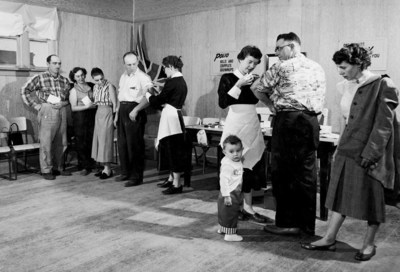