AUGUSTA, Ga., April 20, 2021 /PRNewswire/ — Vernon Forrest was a decorated world boxing champion and member of the 1992 US Olympic Team. Then in 2009, Forrest was senselessly murdered. Now, his former teammate has created a boxing scholarship to honor his friend’s legacy. 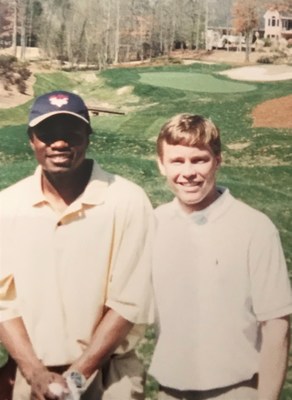 Forrest was a native of Augusta, Georgia and began boxing at the age of nine. He compiled an impressive 225-16 record as an amateur, won silver at the 1991 World Amateur Boxing Championships, became the 1992 US junior welterweight champion, and made his professional debut in 1992. Forrest, who became the first boxer to defeat welterweight Shane Mosley, held the World Boxing Council (WBC) light middleweight and welterweight titles along with the International Boxing Federation (IBF) welterweight title.

«Vernon and I were Augusta Boxing Club teammates in the late 1980s and remained good friends for decades,» said Durst. «He is known mostly for his success in the ring, but I remember his wonderful spirit, humility and service to others.»

Founded in 1976 by probation officer Tom Moraetes, the Augusta Boxing Club operates with the assistance of area law enforcement agencies and relies on donations for support. The nonprofit is structured as an after school and community support organization designed to curtail drug abuse and crime among young adults and children. Located at 1929 Walton Way, the Augusta Boxing Club uses boxing as a tool to steer troubled youth off the streets.

To contribute to the scholarship, visit the CSRA website. For more information about the Augusta Boxing Club, call (706) 550-0382 or visit the website.