GREENSBORO, N.C., Aug. 12, 2021 /PRNewswire/ — AIAA today honored Michimasa Fujino, lead HondaJet designer and President & CEO of Honda Aircraft Company, with its 2021 Reed Aeronautics Award «for the invention of advanced aerodynamic and structural techniques» at the AIAA Aerospace Spotlight Awards Gala.  The Reed Award is the highest honor an individual can receive for a notable achievement in aeronautics that represents a significant milestone in engineering advancement. 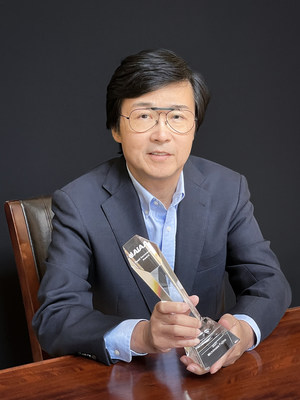 The clean-sheet aircraft design conceived by Fujino introduced innovations in aviation technology, including the Over-The-Wing Engine Mount and Natural Laminar Flow wing and fuselage. The HondaJet is the first, and only, business jet to include these technologies.

«I was very surprised, honored, and very grateful to be recognized with the 2021 Reed Aeronautics Award,» said Fujino. «I’ve worked on airplane design for the past 35 years –  it has been challenging, but also very exciting. On behalf of Honda Aircraft Company, I’d like to express my sincere appreciation to everyone who supported the HondaJet project.»

The Reed Aeronautics Award is the highest honor AIAA bestows for notable achievement in the field of aeronautics. Named after Dr. Sylvanus A. Reed, an aeronautical engineer, designer, and founding member of the Institute of the Aeronautical Sciences in 1932. Past recipients of the award include Clarence L. Johnson for the SR-71, Ben R. Rich for the F-117, Preston A. Henne for the MD-80 and Gulfstream aircraft, and Elbert L. Rutan for the Voyager.

About the HondaJet Elite S

The HondaJet Elite S is the fastest, farthest and highest-flying plane in its class. The HondaJet Elite S incorporates Honda Aircraft’s many technological innovations, including the unique Over-The-Wing Engine Mount (OTWEM) configuration, Natural Laminar Flow (NLF) nose and wing, and composite fuselage. All of these advancements contribute to the aircraft’s superior performance, unparalleled efficiency and maximized fuselage space, making the aircraft’s cabin the largest in its class. The aircraft sets the standard in safety and human-machine interface technology with an ergonomically designed cockpit and highly customized Garmin® G3000 avionics suite.