SHELBYVILLE, Ind., April 22, 2021 /PRNewswire/ — Being environmentally conscious is nothing new for Knauf Insulation (Knauf).  Its’ focus on sustainability is evidenced by its’ storied commitment to reducing energy use and emissions, recycling production waste and incorporating circular economy principles at a national and local level. 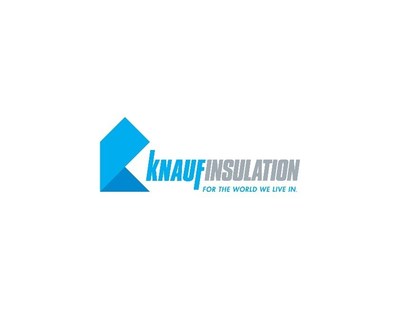 However, Knauf believes that sustainability is an ongoing process that can and must be continually improved.  It has big plans for the near future and in celebration of Earth Day 2021, it has committed to the following objectives by 2025:

Working to achieve zero carbon: Knauf plans to reduce the embodied carbon of its products by 15% compared to 2019. It also plans to reduce its carbon footprint by at least 25%.

Delivering a circular economy: Knauf believes that creating a circular economy means doing more with less.  Consequently, it has set a goal of sending zero production waste to landfills from its rock, glass and wood wool plants. It also plans to collect 25% of any waste generated by consumers on job sites across the country and recycling it back into its manufacturing process.

Creating better buildings: Knauf is dedicated to helping create eco-friendly buildings fit for the future, beyond just its own products. For example, its Eco-Design tool is being integrated into the company’s Innovation Program, making sustainable design more widely accessible and encouraging broader innovation by helping customers make informed choices about insulation solutions.

Furthermore, as a company that depends on more than 10 railcars of recycled glass each day, Knauf is challenging its employees to take matters into their own hands by participating in a major recycling campaign, kicking off at its’ headquarters today.

While Knauf’s commitment to sustainability is widely acknowledged and celebrated on Earth Day, it is a year-round and years-long pursuit that extends far beyond this symbolic week and month.  It has several other significant sustainability initiatives underway in the United States, including a national partnership with the Glass Recycling Foundation, according to John Eichbauer, Vice President of Operations at Knauf Insulation.

«We are proud to partner with the Glass Recycling Foundation in advancing community efforts to increase glass recycling,» said Eichbauer. «The environmental benefits of glass recycling are a focus for Knauf Insulation, and this effort, in particular, will help divert waste from landfills. Our hope is that glass will make its way to our facilities, increasing the recycled content in our fiberglass insulation,» he concluded.

Knauf also maintains a commitment to supporting local causes close to its home. As part of its month-long celebration of Earth Day, the company recently announced a partnership with the Indiana Recycling Coalition for the Indianapolis Circular Economy Initiative (ICEI). Backed by extensive research that began in early 2019, the initiative ultimately seeks to generate good and promising jobs; foster innovation, ideas, and investments; and capture the economic, social, and environmental benefits of a thriving circular economy in the State of Indiana.

As a company that continually strives to put the planet first, its’ products are truly designed for a better world. After more than a decade of hyper-responsible work on a global scale, Knauf has a lot to celebrate but also is committed to doing more. Since 2009, it has been a leader in sustainable building materials by:

Knauf Insulation is a leading, family-owned global manufacturer of thermal and acoustical fiberglass insulation for residential, commercial, industrial, OEM and metal building applications. Knauf’s mission is to challenge conventional thinking and create innovative solutions that shape the way we live and build in the future, with care for the people who make them, the people who use them and the world we all depend on.