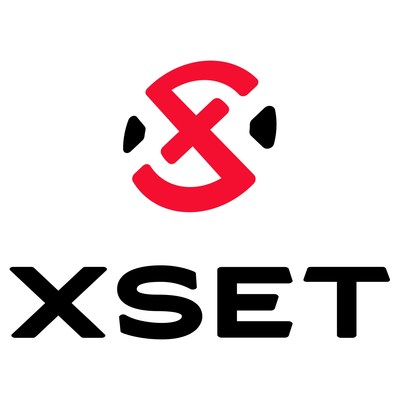 Since his breakthrough in 2016, Ozuna is one of Latin music’s most iconic and listened-to artists worldwide. In his short career, he has received numerous accolades and recognitions, including winning the 2020 BMI Latin Award for Contemporary Song of the Year with «Taki Taki» and then again just this year, winning BMI’s Contemporary Latin Songwriter, for the second time. He has developed a devoted global following of over 43 million fans across social media worldwide, and has collaborated with some of the biggest names in Urbano music, like Daddy Yankee and Nicky Jam, as well as such globally acclaimed megastars as DJ Snake, Cardi B, Selena Gomez, Post Malone, Jennifer Lopez, Snoop Dogg, Tyga, and Sia, among many others. Ozuna has appeared in major films, including the recently released «Tom & Jerry,» and will be seen in the upcoming F9 («Fast and Furious 9»). Not only did Ozuna’s musical talent and film work attract XSET, his natural entrepreneurial instinct, vibrant creativity, and sweeping vision for international gaming lifestyle was a major factor in cementing this partnership.

Built on a commitment to diversity and equity in gaming and business, XSET’s mission also includes elevating representation of communities of color, women, and all gamers who have their own unique style and swagger. In his business ventures, Ozuna is equally committed to the same, making their partnership a natural fit. A true gamer, Ozuna plays Fortnite, CS:GO, FIFA and PUBG Mobile, and will bring his gaming skills and unique entertainment style and personality to XSET’s game play and content.

«I’ve always loved gaming and with the worldwide explosion of gaming culture, it was important for me to be one of the first movers – both from an ownership perspective and on the talent side,» says Ozuna. «The mixture of music and gaming is only going to get bigger and together with XSET, I’m happy to be leading the way.»

«When we first started talking to Ozuna and his team, I was blown away by their incredible, multi-pronged approach to business. Beyond Ozuna’s incredible musical talent, his vitality, exuberance for life and desire to bring his love of gaming to global Latin culture makes him an ideal embodiment of XSET’s ethos,» says XSET CEO and co-founder, Greg Selkoe, «We are so honored and pleased Ozuna has chosen XSET as his team and gaming family.»

In the coming weeks and months, Ozuna and XSET will embark on several significant business initiatives, including gaming, content creation, NFT’s, and merch drops. Wil Eddins, XSET co-founder and Chief Merchandise and Licensing Officer, says, «Ozuna is the height of fashion, music and business right now and I’m looking forward to everything we’re going to be doing together in the fashion and apparel space.»

Ozuna’s manager Edgar Andino says, «Informing the partnership overall will be Ozuna’s leveraging his singular expertise in the market as he and XSET expand and grow esports in Latin America and the US. Once again, XSET continues to live up to its reputation as the fastest growing gaming org in history, and this partnership will no doubt exponentially accelerate the pace of that growth. We are excited for what is to come.»

Now more than ever, the worlds of music, business and gaming are intersecting. Ozuna and XSET are known for passion, excitement and authentic love of gaming and culture.

Only nine months old, XSET was founded by gaming and culture veterans Greg Selkoe, Marco Mereu, Clinton Sparks and Wil Eddins. Xset has already established itself as a markedly different kind of gaming organization. In addition to fielding some of the world’s top competitive esports teams, XSET seeks to create a cultural movement around a shared love of gaming. The collective continues to grow at a breakneck pace, partnering with high-profile brands such as Ghost Lifestyle, SCUF Gaming, Roots Canada, HyperX, Wahlburgers, and attracting top-tier, world famous talent, including Grammy-nominated hip-hop artist Swae Lee, BMX legend Nigel Sylvester, 14-year-old female Olympic skateboarding phenom Minna Stess, Fortnite pro Thwifo, and pro athletes such as NFL star Kyle Van Noy of the New England Patriots. In addition, XSET fields top competitive esports teams, including the world’s best CS:GO team, which happens to be all-female. Sitting at the intersection of gaming and culture, XSET’s robust merchandise offerings are some of the most sought-after in the industry, featuring high-profile collaborations and exclusive pieces fans can’t find anywhere else.  XSET is driven by principles of integrity and creativity, defining what it means to be cultural leaders in the space for generations to come. For more XSET.com #reptheset

The multi-award-winning Puerto Rican singer and songwriter OZUNA is one of Latin music’s most iconic and listened-to artists around the world. Since launching his career in 2015, Ozuna has won countless accolades, including making Time Magazine’s Most Influential People list (2019), and winning BMI’s Contemporary Latin Songwriter of the Year (2019) and Contemporary Latin Song of the Year «Taki Taki» (2020). He also holds four Guinness World Records.

Ozuna continued breaking barriers and making history throughout 2020. He was one of the 10 most-streamed male artists – in any genre – on Spotify, as well as one of the top 10 worldwide artists on YouTube. Billboard named «Caramelo Remix» among its 25 best Latin songs of the year and one of the 100 best overall songs. He won his first two Latin GRAMMYs® in November. In September, ENOC became his fourth consecutive album to debut at #1 on the Billboard Top Latin Albums chart. He was the most-nominated artist at the Billboard Latin Music Awards, and tied for the top winner at Premios Tu Música Urbano. In February, he was awarded the Silver and Gold Seagull awards at the prestigious Viña del Mar International Song Festival in Chile. He charges into 2021 as one of the most-nominated artists at the Premio Lo Nuestro, while releasing the collaborative album Los Dioses with his friend and colleague Anuel AA, which debuted at No. 1 on Billboard’s Top Latin Albums chart. Ozuna also recently won BMI’s Contemporary Latin Songwriter, for the second time.

Xi’an Taking Measures to Ensure the Smooth Running of National Games, Accelerates the Adoption of Healthy Lifestyles across the Local Community