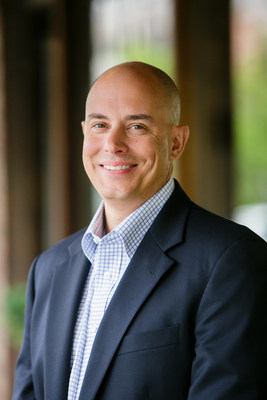 While CMM was a local, family-owned business less than four years ago, the company has risen to unrivaled capacity in fresh, ready-to-cook entrees and appetizers, serving 15,000 locations in 48 states. Much of that swift success can be attributed to a standout «CMM Family» culture, which has also earned the company numerous awards, including a «Top Workplace» ranking in Denver for 3 years in a row.

«My success has been about surrounding myself with the best people, and putting them first,» Saunders said. «I’m humbled and honored beyond words to be part of such a prestigious group — and especially that my CMM Family felt I was a fit for this award, because to me, the honor and recognition truly belong to each and every one of them.»

By empowering employees to «Own it, Live it, Make it Better,» Saunders has helped shape a world-class culture that resonates across the entire organization, from the investors and executives to prep teams on the line. The company stays accountable to those values, too, by offering top-tier benefits, frequent rewards, and clear advancement or specialization opportunities for every teammate.

Saunders even «Lives it» by example himself, often working on the production floor alongside his team.

«It’s incredibly pleasing to see another member of the CMM Family recognized with such a highly-coveted award,» said Dale Easdon, CEO of Custom Made Meals. «This special recognition further supports our belief that we have the strongest executive leadership team, with true industry leaders across all positions.»

«He makes every single person feel like they’re part of something,» said Julie Mensik, Project Integration Leader, who nominated Saunders for the award. «He makes it a point to get out of his office and go say hello to everyone, look them in the eye and ask them about their kids. He’s a visionary with strategy, but because of his supply chain background and who he is as a person, he’s also really good at laying things out to set the course for employees.»

The mission is bigger than just cooking meals. The team believes in «Putting the love back into mealtime,» by turning home cooks across the country into chefs. They strive to create simple, fresh, and convenient meals that families will be proud to serve.

«Sean’s door is always open and he’s an extremely attentive, creative leader,» said Katie Prekel, VP of Human Resources at Custom Made Meals. «I’ve had the privilege of working side by side with him and I’ve been able to see his ability to rally the team to tackle some of our most difficult challenges.»

About Custom Made Meals
Custom Made Meals is a Denver-based company producing fresh, oven-ready entrees and appetizers for more than 15,000 grocery retail locations nationwide. Some of the locations where families can find CMM’s handmade, easy-to-prepare dishes are: Target, Publix, Food Lion, H-E-B, Safeway, and Kroger stores. Seeing the company’s unique culture and value proposition, New Water Capital acquired CMM in 2017. In 2019, The Denver Post named Custom Made Meals to its list of Top Workplaces in the State of Colorado.